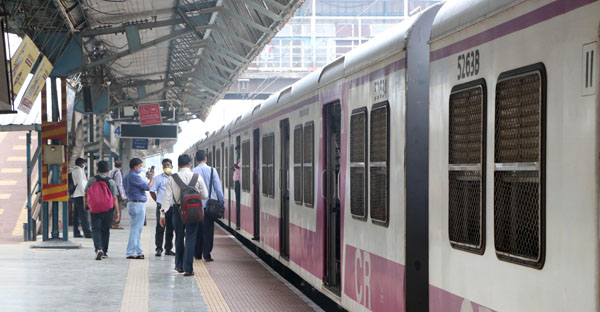 Due to power grid failure, the power supply was off from 1030 hrs in the country's financial capital on Monday.

Brihanmumbai Electric Supply and Transport Undertaking (BEST) PRO informed that due to grid failure, power supply in the entire MMR region has failed.

The major power issue wasn't limited to Mumbai though as residents from Thane, Mira Bhayandar also complained of electricity outage.

Trains stopped, ATMs too went blank as Adani, TATA and BEST, the three major power suppliers to the city and the metropolitan region put out the outage message saying work is currently underway to restore power supply to the financial capital at the earliest.

It could take a few hours as electricity is restored.

Sources said there is a major TATA power grid failure and so there is no electricity in the entire city. Multiple tripping of lines and transformer ( Kalwa-padghe and Khargar ICTs) supplying power to Mumbai system was reported due to which 360 MW supply in Mumbai and suburbs was affected.

BEST, along with other utilities in Mumbai - including state owned MSEDCL, Adani Electricity Mumbai and Tata Power, came under criticism for power cuts.

Central Railway tweeted, "Mumbai Suburban trains on CR held up due to grid failure. We will update ASAP. Kindly bear with us. (sic)."

ATMs of several banks are also not working. The security guard at the SBI ATM of Thane's Vartak Nagar said that it is due to power failure.