NCP chief slams Centre over its policy on onions 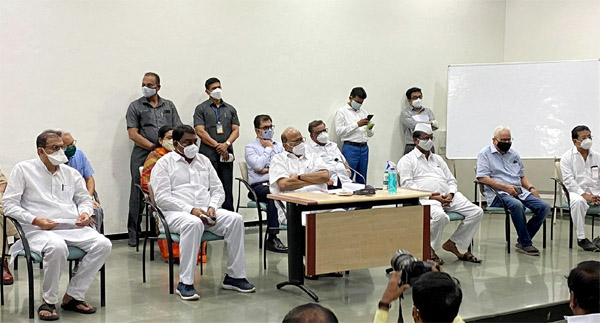 Nashik, Oct 29 (UNI) Former Union Agriculture Minister and NCP chief Sharad Pawar on Wednesday slammed the BJP-led central government for its import and export policy, saying the bitter taste of onion was due to the contradictory policy of the central government.

During an interaction with onion growers and traders at Bhujbal Knowledge City here, he said that due to the central government's contradictory decision to stop export and allow import of onions, onion growers are facing difficulties.

Mr Pawar also said that as the Centre had already removed onions from the list of essential commodities, there was no need to intervene again and sought to lift restrictions on onions as early as possible.

The NCP chief expressed his displeasure over a 25 tonne cap imposed on transportion of onions.