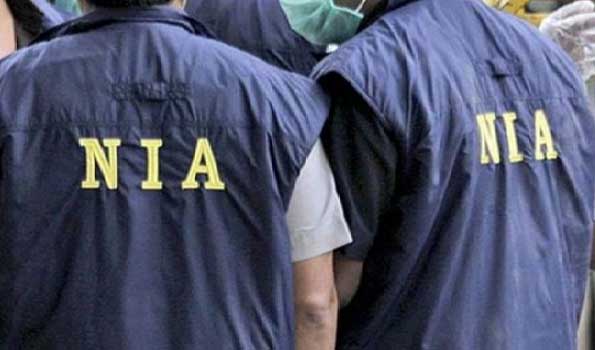 Srinagar, The National Investigation Agency (NIA) team raided residence of suspended DSP Davinder Singh, who was caught while transporting two Hizbul Mujahideen (HM) militants out of the valley, in Srinagar.Official sources on Wednesday said that Indranagar in the city was completely sealed and security forces were deployed in strength late on Tuesday evening in the area. 'Later, NIA team raided the residence of Singh,' they said, adding a Santro car, which was parked in the courtyard of the residence, was seized during the search.The NIA has been very active in the valley since the arrest of Singh. The DSP was arrested by J&K police on the 280-km-long national highway while transporting three people, including two HM commanders Naveed Babu and Rafi Ahmed, to Jammu on January 11.Multiple raids were conducted by J&K police at his residences in the valley after his arrest. But, after initial investigations by the J&K police, the case was handed over to the NIA. The investigation agency has so far conducted several raids across the valley and seized incriminating materials. Singh was an officer in anti-hijacking wing of J&K police at Srinagar International Airport, and was part of the security staff that received a group of foreign ambassadors, including US ambassador, who visited Kashmir last month.