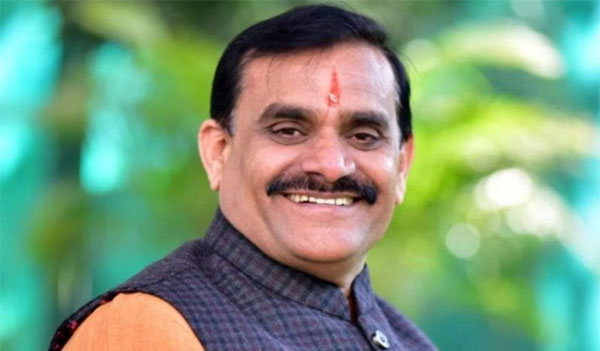 Bhopal: After a gap of 42 months, the BJP's State Working Committee meeting will be held on June 24, which will be addressed by National President JP Nadda. The special thing is that for the first time in the history of BJP, the meeting of the working committee will be held virtually. State BJP President VD Sharma informed that a proposal on Corona epidemic will be brought in the meeting of the Working Committee.
Hi-tech preparations have started for the meeting. An atmosphere of enthusiasm is also being seen among the members of the BJP State Working Committee regarding this. This is the first time in the country that the BJP will hold the day-long meeting with the districts of the organization virtually. It is also being seen in connection with the preparations for one Lok Sabha and three assembly by-elections and civic elections; it is believed that in this meeting the party will give the formula for victory in the civic elections. In this meeting, state in-charge Muralidhar Rao as well as the organization General Secretary Shiv Prakash will also attend. The party constitution proposes to convene the meeting of the working committee every three months, but this meeting is being held after three and a half years.
A proposal for corona epidemic will come in the meeting, as well as political proposals will be brought. After the State Working Committee, there will be meetings of the District Working Committee from July 1 to July 15. From July 16 to July 31, the Mandal Working Committees will be organized. The preparations are going on in full swing for the meeting. In this meeting, a proposal can be brought after discussing about the way BJP workers will join the Vaccination Maha Abhiyan to be started by the BJP government of the state.

Will join virtually from their dists
The BJP has already decided to work for environmental protection by running a tree plantation program at the booth level in the entire state. Shivraj Singh Dabi, State Working Committee of the Bharatiya Janata Party and State Convenor of IT and Social Media, discussed the preparations for this meeting through video conferencing with the IT and Social Media in-charges of all the divisions on Saturday. The meeting of the State Working Committee is being held virtually for the first time. The meeting will be organized in the state office and more than 400 officials and members of the Working Committee will participate in the virtual meeting from the district offices of their respective districts. Senior party leaders will deliver their address from the state office. State-of-the-art arrangements are being made in all the 57 district offices of the party for this meeting. All necessary facilities are being made available for LED, internet, audio-video.