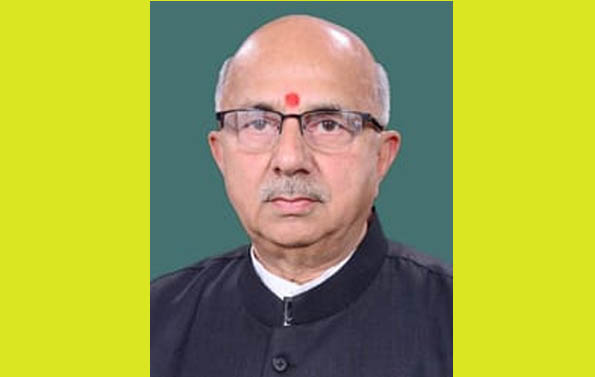 New political equations will form in Vindhya after this announcement
Dr. Sanjay Pyasi, Satna
Staying in the limelight in politics can usually be a pastime of politicians, but the announcement of Nagod MLA Nagendra Singh's sudden exit from electoral politics in Vindhya, the foundation stone of Bharatiya Janata Party and Rashtriya Swayamsevak Sangh, has raised many questions. The tone of Vindhya's neglect is also hidden in this announcement of Singh, who has a clean and patient, heroic political image. The voice of Vindhya's neglect is also hidden in this announcement of Singh, who has a clean and patient, brave political image.
It is noteworthy that Singh, who was the political heir from the beginning after independence of the Nagod royal family, will probably be at the top of the seniority order in the current assembly. Rajmata Scindia and Kushabhau Thackeray, who brought Singh into politics after the Emergency, came into active politics in the changed political system of the country. Since then, Singh, who has met every test of leadership till now, has never allowed anyone to become a political option in the area. He was also the chairman of the Tourism Development Corporation for the year 2014.
Bitlu Huzoor, who is close to the Sangh, was also fielded from the Khajuraho Lok Sabha seat under adverse circumstances to give a strong leadership to Narendra Modi in 2014, while before that he refused to contest the assembly elections. By winning the Khajuraho seat with a huge margin, he proved that his hold is on the pulse of the voters. If the matter of close friends is considered correct, Singh had confined himself to the Nagod assembly constituency due to not being given due importance since the formation of the BJP government in the state. The constant neglect of Vindhya was also hurting him.
However, he has indicated by saying two things in his statement that youth leadership and water of Bargi will be the main political issues for Nagod assembly constituency. He said that he wants someone after him to take over the leadership i.e. a new person should get an opportunity as well as there is dissatisfaction over the water of Bargi canal not reaching on time. He also hopes that after the water reaches the agriculture of the region, it will be of good benefit. Now it is to be seen what new political equations are formed in the area after this announcement of Nagendra Singh.