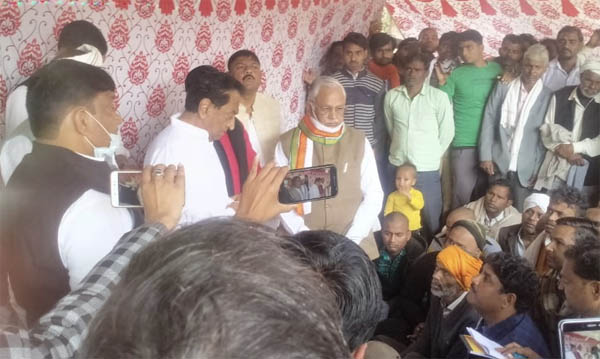 Chronicle Reporter, Bhopal-Congress leaders Kamal Nath and Suresh Pachauri along with local Congress leaders met the families of the dead who died in the poisonous liquor case. On this occasion, former Chief Minister Kamal Nath said that how shameful is that the BJP that used to talk about prohibition before the elections, is preparing to dump Madhya Pradesh in the swamp of liquor. Now to increase the liquor shops in the name of poisonous liquor, preparations are being made. I have been saying from the beginning that people in Madhya Pradesh even if they not get ration, but the government is definitely providing liquor. Even in the Corona epidemic, religious places, events, matrimonial programs were closed, curfew was in place, but liquor shops continued till late night. If liquor shops are increased in the state, then the Congress will not sit silent, we will continue openly oppose the anti-people decision from the Assembly House to the road.