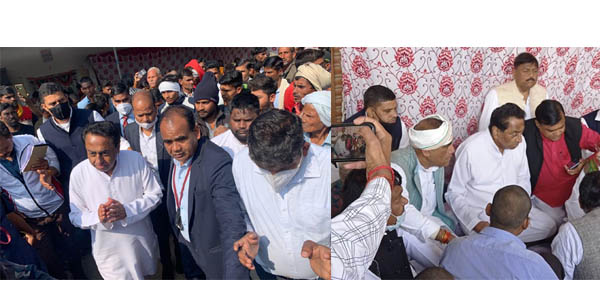 Chronicle Reporter, Bhopal-There is outrage in the state after the incidents of rape in Umaria, Khandwa, Sidhi, Betul and Indore in Madhya Pradesh. Congress on Wednesday targeted the Shivraj government. Former Chief Minister and State Congress President Kamal Nath said in a tweet that incidents of cruelty with sisters and daughters are continuing in the Shivraj government in the state. Sisters and daughters want safety first, but sometimes the work of misleading in the name of worship and age is going on. After the gruesome incidents of Sidhi, Khandwa, Umaria, now the incident of Sarni and Indore in Betul district has embarrassed the state.

Kamal Nath tweeted MP's record in crimes in the country, no ration in the village, but poisonous liquor The Congress Committee has also tweeted in this regard. The party said the rape of a 13-year-old in Betul. A case of cruelty has been registered in Betul, Madhya Pradesh, with a 13-year-old innocent, while a girl has been gang-raped in Indore. Shivraj ji, why don't you listen to the screams of the daughters ..?

Kamal Nath said that our government had started the Indira Grah Jyoti Yojana to provide cheap electricity to the people, in which we have provided electricity for up to 100 units for 100 rupees and consumers who have spent up to 150 units also included in this scheme. Now the Shivraj government is preparing to exclude middle class people from our public welfare scheme. This decision of the Shivraj government is anti-people; the middle class people are already suffering from the economic crisis in the Corona epidemic. They will be hit hard by this decision. Government should reconsider this decision.