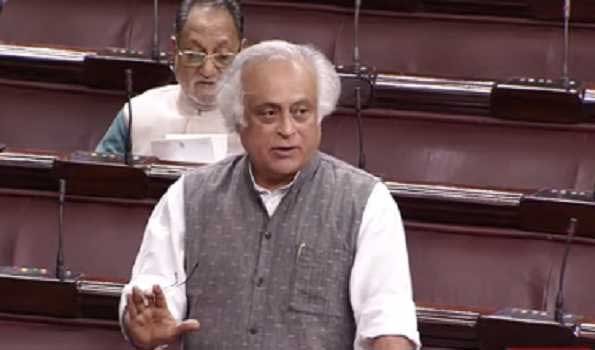 New Delhi, Congress MP Jairam Ramesh on Wednesday said there is a need to bring modern science and research into the Indian medical science.Mr Ramesh, while participating in the debate on the National Commission for Indian System of Medicine Bill, 2019 and the National Commission for Homeopathy Bill, 2019 in the Rajya Sabha, said "Science has moved on, research keeps moving.'Clinical documentation is important. My ears are open, my mind is open. I have a skeptical approach, I am not an atheist. I should point out that there are hypocrites. They sing the praises of Indian medicine, but they would go to the Western medicine, when there is a need," he added.

The Congress leader also pointed out that the Bill is silent on fees regulation.He said there is a need to create a Board for Research and added that the Bill is disintegrating the medical education system.Other MPs of CPI(M), NCP, AAP and BSP demanded the government to promote Yoga and Naturapathy, as there was no cost involved in these two alternative medicine practices. Sushil Kumar Gupta of AAP said that for the Union Territories chosen by the states, there could be a nominee and an Advisory Council for the medical system, to get help under the Indian government.

"Wellness centres are posted at PHC level and WHO requirement is one doctor per 1000 people, but only armed forces can afford that. In villages that have a population of 10,000, there are only one or two doctors. Let us optimise our resources. Seeing our threat perception, let us march with each other. 'The MCI is an autonomous body and the responsibility of the delivery of health care is on the state," said Dr DP Vats of BJP.