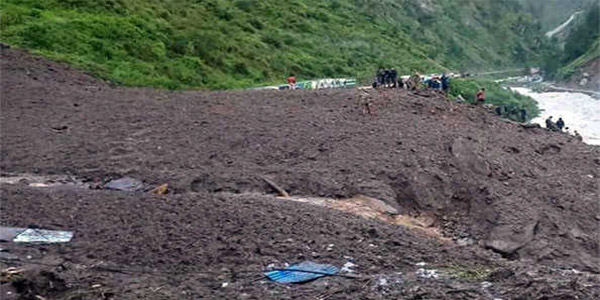 Umesh Kumar Dhakal, chief district officer of the District Administration Office (DAO), Sindhupalchowk, told Xinhua on Sunday, "Nine bodies have been recovered from the landslide, the operation is on to find the missing people."

According to the DAO, the incidents happened at around 0400 am local time on Sunday as the overnight rainfalls in the area caused landslides.

"One landslide swept away two settlements on the upper and lower side in Barhabise while another landslide damaged the next settlement," said Dhakal.

According to the DAO, the landslides submerged 19 houses completely while many other houses have been partially damaged.

"A total 222 families are in urgent need for resettlement after the landslides," said Dhakal.

"Geological condition of Barhabise area has remained vulnerable to landslides for long after the earthquake," said Dhakal, adding "vulnerability was aided by the incessant rainfalls."