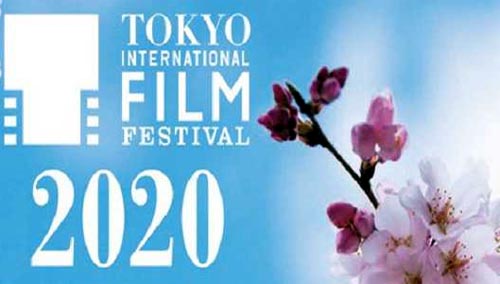 New Delhi, Nov 3 (UNI) A new anthology of five short narrative films on the Mekong river, the lifeline of several Southeast Asian countries, portrays the devastating effects of human greed and the crying need to protect critical life sources on the planet.

Screened at the ongoing 33rd Tokyo International Film Festival, 'Mekong 2030' is a film project in which five directors from Cambodia, Laos, Myanmar, Thailand and Vietnam come together to raise awareness about conserving one of the most diverse ecosystems in the world.

The five short films -- 'Soul River' (Cambodia), 'The Che Brother' (Laos), 'The Forgotten Voices of the Mekong' (Myanmar), 'The Line' (Thailand) and 'The Unseen River' (Vietnam) -- tell different stories linking the Mekong river with the communities and cultural traditions in the Southeast Asian region.

Set in the year 2030, the anthology raises serious questions on the unsustainable development activities along river basins and building of big dams that have disastrous consequences on life and the planet. Produced by the Lubang Prabang Film Festival in Laos that cater to movies from Southeast Asia, the film serves as a reminder for conservation of rivers threatened by unsustainable development across the world.

"I heard about global warming and climate change. But that was just hearing. Being on the shoot myself, on the river, only then did I realise that actually it is coming towards us," says Cambodian filmmaker Kulikar Sotho, who directed 'Soul River'. The story of the film takes place entirely on the river, making the mighty Mekong river the main character of 'Soul River'.

Shot outside Vientiane, the capital of Laos, 'The Che Brother' directed by Anysay Keola is about the children of an elderly woman selling her blood for the research into a vaccine for an unknown disease. In Southeast Asia, Mekong is considered as the "mother river".

Set in the ethnic Akha community in the remote Shan state of Myanmar, 'The Forgotten Voices of the Mekong' by Sai Naw Kham tells the story of a village's peace shattered by the arrival of a mining company. The film, which features several non-professional actors, highlights the remarkable indigenous knowledge that could protect natural resources.

'The Line' by Thai filmmaker Anocha Suwichakornpong tells the story of an artist working on a film project that expresses complex ideas about the Mekong river. Almost entirely set in a gallery in Bangkok, 'The Line' underlines how the scientific ways of thinking about the river may be missing more important things.

'The Unseen River' directed by Vietnamese filmmaker Pham Ngoc Lan is about a young couple travelling downstream on the Mekong river in search of a cure for insomnia. "The worst thing about not being able to sleep is not being able to dream," a Buddhist monk tells the couple in the film.

Over 60 million are dependent on the 4350-km Mekong river that runs through China, Myanmar, Laos, Cambodia, Thailand and Vietnam, for their livelihoods. Experts say unsustainable development threatens the existence of Mekong, which hosts the world's largest and most productive inland fishery.