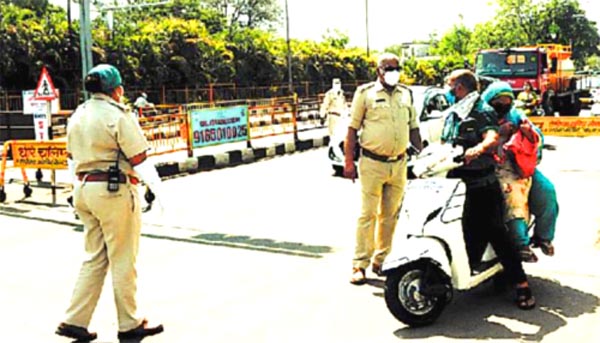 The positivity rate of Madhya Pradesh has come down to 18%. According to the latest report of the Health Department, 1,753 positives were found in Indore, 1,576 in Bhopal, 910 in Gwalior and 795 in Gwalior. During this period, maximum 8 deaths were recorded in Gwalior, while 6–6 in Indore and Jabalpur and 5 patients in Bhopal died of corona.

The number of total positive cases in the state has reached close to 6 lakh 50 thousand, while more than 5 lakh 47 thousand have recovered. In 24 hours, 4,815 patients beat Corona. 79% of them were in home isolation. That is, they were undergoing treatment at home, while 5% were in Covid Care Centre. The remaining 16% were admitted to hospitals.

As the positive cases are also increasing in the villages, the government is also focusing on rural areas. The  Kill-Corona Campaign-2 is being conducted from village to village and house to house in all rural areas of the state for special fever screening. The survey teams are reaching out and identifying potential patients on priority especially in areas where the rate of infection is high.

Besides, the number of Corona Volunteers across the state has now exceeded 1 lakh 8 thousand 375. All the volunteers are working with the government and making significant contribution in public awareness works under Covid control. As many as 1616 volunteers have been registered in Alirajpur district. Volunteers have presented an all-purpose ambulance vehicle to the city people in the district's development block Jobat. Recently, 7 cylinders of oxygen could be transported by ambulance to Jobat.