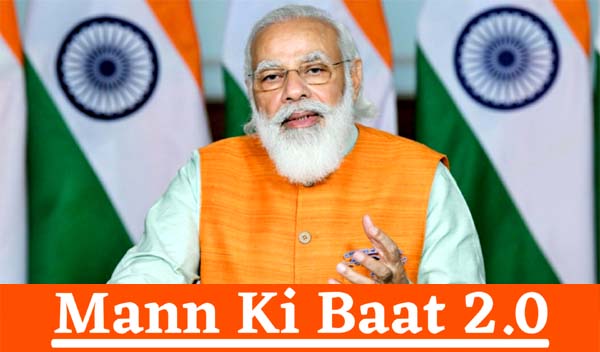 New Delhi, Nov 29 (UNI) Prime Minister Narendra Modi on Sunday said that the newly passed farms laws have paved the way for the long-pending reforms in the agriculture sector and opened doors to new opportunities for our farmers.

Sharing his thoughts with the people of the country and abroad in his monthly radio programme 'Mann Ki Baat', the prime minister said that new laws have been helpful to the farmers.

Citing the example of a farmer Jitendra Bhoiji in Dhule district of Maharashtra PM Modi said that he sold his corn produce to a local trader at Rs 3,32,000/. He was given Rs 25,000 as token money and was assured for the rest of the payment in next 15 days. However, later such circumstances developed, that he did not receive the remainder of his payment. This cycle of buying crops from farmers, keep the payment on hold for months was probably the long-standing tradition prevalent among buyers.

The Prime Minister further said that this continued for four months wherein Jitendra ji was not paid his dues. In this situation, the new farm laws that were passed in September came to his aid.

Under the new farm laws, there has been a provision that a trader has to clear the dues of farmers within three days of the procurement, failing which, the farmer can lodge a complaint and the local Sub- Divisional Magistrate has to ensure the grievance redressal of the farmer within one month and this is how Mr Bhoiji got his rest of the payment due to the new farm law, he added.

Referring to another example of awareness, PM Modi cited an example of one Virendra Yadav of Kaithal in Haryana, a farmer entrepreneur, who has returned from Australia two years back, earned good profit from the crop straw or ‘parali’. He bought straw bale machine with the help of agriculture department subsidy and collected crops ‘straws, converted to bales and sold to paper mills and allied industries. This way, in the last two years he made a turnover of Rs two crores and earned 50 lakh as profit.

He further urged students studying agriculture to visit villages in their vicinity and talk to the farmers and make them aware about innovations in farming and the recent agricultural reforms. "This way, you will become stakeholders in major reforms underway in the country," Mr Modi added.