Night temp below normal in city due to continued drizzle 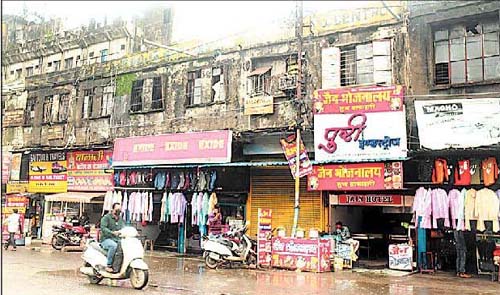 Bhopal: Due to the drizzle of rain for the last five days, the cold has now increased in Bhopal. This is the reason that the temperature of night and day became almost equal. The night temperature has come down to 2 degrees below normal and the day temperature has gone down to 5 degrees Celsius. Due to this, there is a difference of only one and a half degrees in the maximum and minimum temperatures. According to the Meteorological Department, for the first time this season, the temperature has come below 23 degree Celsius. Earlier on July 28, the night temperature came to 22.5 degree Celsius.
Last night it came down to 22.3 degrees. According to the meteorologist, there was a drizzle from morning till noon on Monday. On Tuesday morning, it started raining in the city. There is a possibility of intermittent rain throughout the day. Bhopal has received up to one inch of rain during the last 24 hours. So far it has rained about 23 inches. It is more than 3 inches above normal. Meteorologist Vedprakash Singh said that it will be drizzling now.

Drizzle will continue
According to the Meteorological Department, drizzle will continue in Bhopal for now. Due to the activity in the North Bay of Bengal, this trend will continue. In the next 48 hours 48 hours it will shift towards Rajasthan. There is other cyclonic activity over Central Pakistan. The Monsoon Trough is extending to Bangladesh, Tripura via Firozpur, Sangrur, Delhi, Sidhi and Gaya, Malda. Madhya Pradesh is receiving heavy rainfall due to western disturbances.
Due to incessant rains in Bhopal, the mercury of the day is continuously falling. For the first time this season, the temperature has come below 24 degrees. Due to this, people have got relief from the heat and humidity due to light sticks even during the day. Earlier on July 23, the mercury had come down to 24.7 degrees. It has now come down to 5 degree Celsius below normal.

Night temp below normal in city