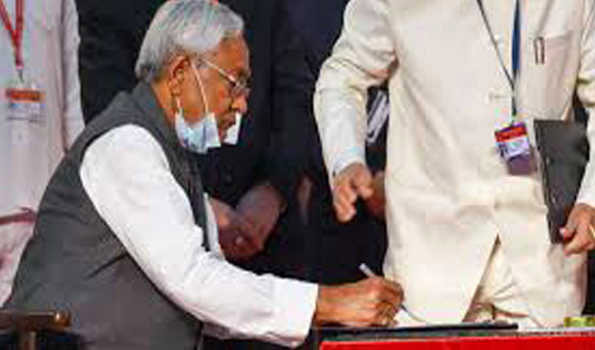 Apart from Chief Minister Mr Kumar, 14 other ministers were administered oath by Governor at a simple ceremony organised in Raj Bhavan last evening. Of the 14 ministers, seven are from BJP, five from JD(U), one each from HAM and VIP.

Portfolios allotted to ministers of the new government including Chief Minister Mr Kumar, as follows:

Nitish Kumar (JDU) - Chief Minister, Home, General Administration, Vigilance, Cabinet Secretariat and all other departments which are not allotted to any minister.

The NDA secured a majority in the October-November Assembly elections, winning 125 seats in the 243-member house. However, Nitish led JD(U)'s tally slipped to 43, while the BJP won 74 seats. Two smaller allies HAM(S) and VIP together won four seats each.