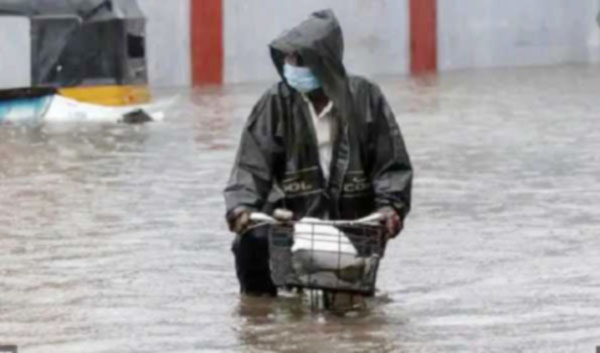 Tree falling an uprooting were reported from several parts of Puducherry and all the low lying areas like,Ezhil nagar,Venkata Nagar,Balaji Nagar among others were flooded.Water intruded into some houses also and people could not come out of their homes because of the waterlogged streets.

According to sources,due to the rough sea,the water in the Uppannar drainage could not be discharged in the sea and drainage is stagnated resulting flood in residential areas.

Lt.Governor Kiran Bedi in a Whats app post said that seven incidents of tree falling were reported from the Grand Bazaar police liit alone and were attended while,an old lady and a child were rescued from an inundated house at Rainbow Nagar here.

Power supply in several areas of Puducherry were disconnected when the landfall started and are yet to restore it. Proper precautionary measures taken prevented any loss of life here in the cyclone.All cyclone warning signals were removed from the Puducherry port.

The Puducherry administration had already declared today a public holiday to be compensated on December 19.

Meanwhile,chief minister V Narayanasamy began a visit in the town to assess the damaged this morning.