No COVID-19 cases reported in UT so far : CM 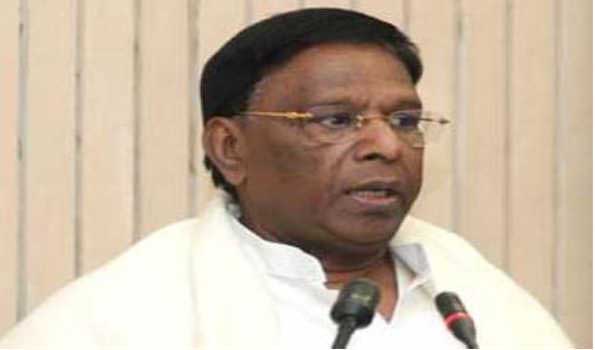 Puducherry,  Chief Minister V Narayanasamy on Friday said that no COVID-19 cases have been reported in the Union Territory so far.Talking to news persons after holding a high-level meeting to discuss about preparations to deal with the novel Coronavirus threat, the Chief Minister said since the outbreak, 83 persons who had travel history were under observation.Of the total 83 people under observation, 16 people were kept in isolation wards in hospitals. The throat swabs of the admitted people were tested at the Jawaharlal Institute of Postgraduate Medical Education and Research (JIPMER).The test results of 14 people had proved negative. The results of two more people are awaited, he said. Mr Narayanasamy said the government is well prepared to deal with any emergency.

The meeting decided to constitute a committee under Secretary (Health) to procure emergency medicines, masks and medical equipment. Hundreds of doctors from government and private hospitals were imparted training to handle infected patients, the Chief Minister said.The government had also directed strict screening of people in border areas, he said, adding that disinfectants would be sprayed in public transport and places where people gather in large numbers. Devotees visiting Thirunallar Saniswaran Temple will not be allowed to take holy bath in the Nala Theertham. Temple authorities will establish sprinklers for devotees to take bath, the Chief Minister said.