No bail for Aryan yet in drug case 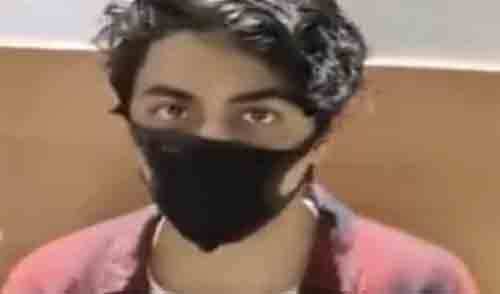 All three are in judicial custody. While Aryan Khan and Merchant are lodged in the Arthur Road Jail in Mumbai, Dhamecha is lodged at the Byculla prison for women.

Judge VV Patil who reserved the order earlier with the NCB opposing the plea while saying that Aryan was a regular consumer of drugs and there were evidence corroborating the same for the last few years. The prosecution reiterated the charge of conspiracy against Aryan is based on his WhatsApp chats.

Based on a tip-off that a rave party was scheduled on the ship, a team of Narcotic Control Bureau team raided the Goa-bound Cordelia cruise on October 2 evening and allegedly seized drugs. Several persons including Aryan, Merchant and Dhamecha were arrested.

NCB sleuths said they seized 13 grams of cocaine, five grams of MD, 21 grams of Charas, 22 pills of MDMA (ecstasy) and Rs 1.33 lakh in cash during the raid.

On October 14 the arguments on the bail application in the sessions court was concluded before special NDPS Judge Patil.

The defence has maintained that Aryan was not on the cruise and was apprehended as he was going to attend the party, where he was a special invitee and no drug was sized from him.

A battery of lawyers, who were representing the actor's son, said as an international practice many countries have made substances like cannabis legal and removed them from the schedule of dangerous drugs and the accused are young kids and they have “suffered enough” and learned their lessons hence they should be released on bail.

Soon after the arrest of Aryan, the defence had moved a bail plea in the local court which was rejected on October 8 on the grounds of maintainability and jurisdiction of the court.

Prosecution was represented by additional solicitor general Anil Singh and others while the defence team was compraising of Sr Advocate Amit Desai, Satish Man Shinde and others.

Since the day of his arrest, Aryan spent the first two days in NCB custody while on October 5, Aryan was remanded to judicial custody and was lodge in the Arthur Road jail.

He was first kept in the quarantine centre of the jail and later shifted to normal barracks with other prisoners.

During his stay in jail, he was allowed to make a video call and speak with his family members.

A team of narcotic counsellors also met him in jail and informed him about the ill effect of drugs.