No proposal to adjourn Lok Sabha amid corona scare 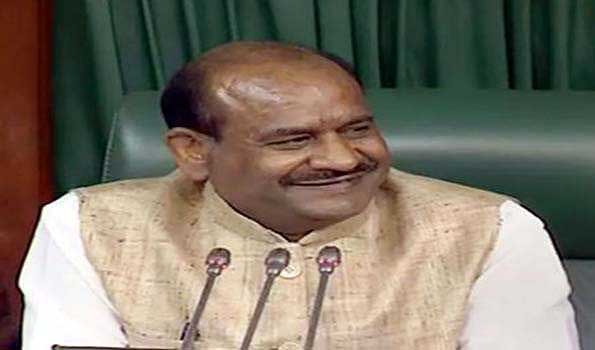 New Delhi, Lok Sabha Speaker Om Birla on Thursday said there is no proposal to adjourn Lok Sabha sine die in the wake of corona outbreak. Mr Birla was interacting with reporters before the session began. The Ministry of Health and Family welfare, in its update this morning, confirmed 73 cases of
COVID-19 in India, including foreign nationals. The WHO declared coronavirus outbreak a pandemic on Wednesday, on a day the virus was suspected to have claimed its first life in India—that of a 76-year-old man in Kalaburagi, Karnataka, who died late on Tuesday with symptoms like breathlessness, cold and cough.
The Central government on Wednesday suspended visas of all foreign nationals with effect from March 13 till April 15 with new cases being reported. The bulk of patients reported yesterday came from Kerala, where 8 new cases took the state's total to 17. They include three who have made a recovery. COVID has infected more than 1.2 lakh people in 114 countries and claimed 4,291 lives. According to WHO chief Tedros Adhanom Ghebreyesus, "We have called every day for countries to take urgent and aggressive action. We have rung the alarm bell loud and clear."