Non-performance and not coordinating with Sangh cost Rupani dear 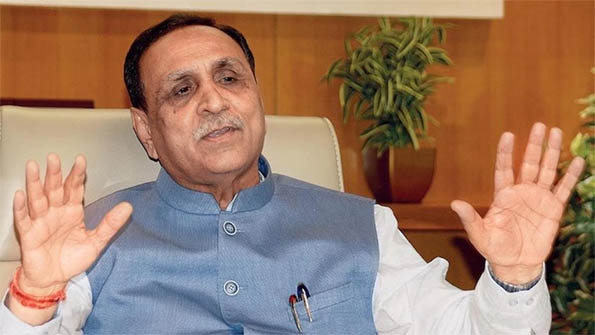 Milind Muzumdar
The resignation of Gujarat Chief Minister Vijay Rupani has many implications. The biggest reason for his removal is the non-performance and growing resentment among the Patel community. The leadership of the Rashtriya Swayamsevak Sangh was angry with the way Vijay Rupani proved to be unskilled in the Corona crisis. The Sangh had been telling Union Home Minister Amit Shah for the last three months that it would be suicidal to go to the assembly elections under the leadership of Vijay Rupani. Sarsanghchalak Dr. Mohan Bhagwat himself is monitoring Gujarat. He has traveled to Gujarat twice in the last 3 months. Vijay Rupani comes from the Jain community, whose number is not even 5 percent in Gujarat. On Saturday morning itself, Prime Minister Narendra Modi had indicated that the party was going to take a big step to satisfy the Patel community. Patel community holds a decisive position in 50 out of 182 seats in Gujarat. The BJP cannot win even a single seat in South Gujarat without the support of the Patel community.
Apart from the late Keshubhai Patel, the national leadership of the BJP did not allow any other Patel leader to emerge. Even during the 14-year rule of Narendra Modi, the Patel community clamored for leadership. The party is not in a position to face further resentment from the Patel community, so it is almost certain that the next chief minister will be from the Patel community. With this, both the top leaders of BJP Prime Minister Narendra Modi and Union Home Minister Amit Shah are thinking of holding assembly elections in Gujarat along with Uttar Pradesh in February or March. The current term of the Gujarat Legislative Assembly will end in November 2022.
The leadership of the party wants the assembly elections to be held before this. The BJP has performed well in the urban body and panchayat elections in Gujarat. That is why the party wants elections to be held before the Aam Aadmi Party and the Congress form an alliance together. In fact, the Rashtriya Swayamsevak Sangh considers Gujarat a laboratory of Hindutva. For this reason, it was also the opinion of the Sangh that after satisfying the Patel community, they should enter the elections early. The script of change was written in Gujarat in the coordination meeting of the Sangh held in Nagpur from September 3 to 8, which was executed swiftly on Saturday.