Now Digvijaya asked – Who is Bantadhar? 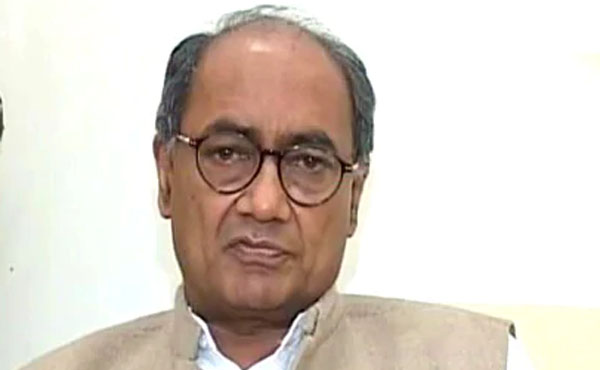 Says- If production is more than supply, then why crisis?
Chronicle Reporter, Bhopal
Digvijay Singh was questioned over power cuts during his Chief Minister's tenure.
Former Chief Minister and Rajya Sabha member Digvijay Singh has raised questions about the unannounced power cuts in Madhya Pradesh for the last 10 days. He has asked that why is there a crisis when more electricity is being produced than the supply? Who is the Bantadhar (Destructor)?
Digvijay Singh wrote on social media – It is a big irony. Hydro projects generate full power in the rain. There is no demand for agriculture. Madhya Pradesh has the capacity to generate more power than required, then why power is being cut? This is beyond comprehension. Who is Destructor? Outcry due to power cut, Shivraj government brought darkness. Batti Gul-Bill Full. In the 2003 assembly elections, the BJP had described Digvijay Singh as Mr. Bantadhar (Destructor) in the campaign. BJP has always been alleging that Digvijay Singh has destructed the state during his reign. Also, during his reign in the state, the condition of electricity and roads was very bad. The issue of electricity and roads proved to be effective in BJP getting power in Madhya Pradesh. Now the situation of undeclared power cut has been created in the state, then Digvijay Singh has questioned Bantadhar because BJP still does not leave any chance to taunt Digvijay Singh in the name of Mr. Bantadhar.