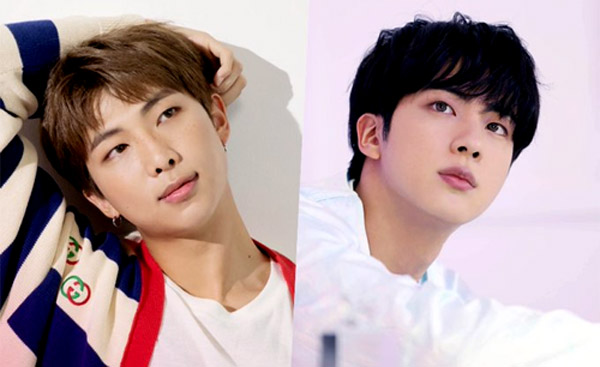 Their diagnosis comes a day after fellow band member Min Yoongi (Suga) tested positive on Friday, and amid rising cases of the virus in the Asian country. The band is on a break after their successful stint in Los Angeles, US, where they held two separate concerts over a few days in November end and December first week.

They also attended a Harry Styles concert in a crowded venue. ARMY was already concerned about their health as cases were also surging in the US.

The BigHit statement said: "This is BIGHIT MUSIC. BTS members RM and Jin were diagnosed with COVID-19 on the evening of Saturday, December 25.

"After returning on December 17 from the United States following his personal schedule as part of his official vacation period, RM immediately underwent PCR testing, was found negative and entered into self-quarantine in his home as mandated by COVID-19 control procedures.

"However, he underwent PCR testing today (December 25) before his scheduled release from quarantine and was found to be positive for COVID-19; he is currently exhibiting no particular symptoms.

"He is exhibiting mild symptoms including light fever, and is undergoing self-treatment at home.

"RM and Jin both completed their second round of COVID-19 vaccinations in late August, and are currently undergoing self-treatment at home as per health authority guidelines. Neither member had any contact with other members after their return to Korea.

"Our company will continue to provide support for the rapid recovery of RM and Jin, placing our highest priority on the health and safety of our artists. We will continue to cooperate fully with the requests and guidelines of healthcare authorities. Thank you."

RM and Jin, along with Suga, J-Hope, Jimin, V and Jungkook traveled to the US in November where they performed at the American Music Awards. They also appeared on the Late Late Night Show With James Corden and did a "CrossWalk" act for Corden.

Later they hosted a four-day Permission to Dance on Stage in LA, also featuring Coldplay and Megan Thee Stallion.

Following the concert, Big Hit announced that the group would be taking a break from work.

While Jin, Jimin and Jungkook returned to South Korea shortly after the concert at Sofi Stadium; Kim Tae-hyung (V) and J-Hope holidayed in Hawaii; and RM and Suga had their individual itineraries.