Number of dengue patients continues to rise in MP 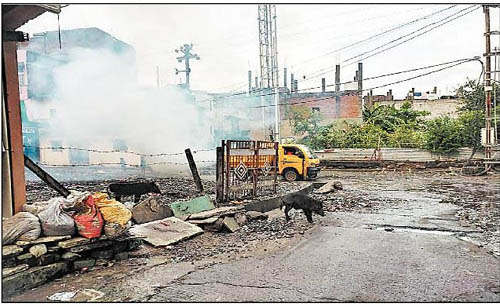 Chronicle Reporter, Bhopal
The number of victims of dengue in MP has reached 2200. The most affected districts are Bhopal, Indore, Jabalpur, Mandsaur, Ratlam, Agar Malwa and Chhindwara. On Friday, 46 dengue patients were found in Mandsaur and 15 in Gwalior. The number of patients in Mandsaur has now reached 821.
An 8-year-old girl died in Bhopal due to fever. She had a fever two days ago. It is suspected that the girl died due to viral fever. On the other hand, Dr. Murli Patidar, posted in the district hospital of Agar Malwa, died on Friday due to dengue. He was undergoing treatment at a private hospital in Indore. At the same time, Akhilesh Gangaur, in-charge of Agar Agriculture Department's Atma Project, also died during treatment in Ujjain. His death is also suspected to be due to dengue.
There are dengue cases in 11 wards of Bhopal. Urban body team, ASHA and Anganwadi workers have been engaged in the survey of dengue larvae. Kits are also being given to test platelets. A 10-bed isolation ward has been made in all district hospitals.

More children affected in Gwalior: A team of experts has been sent here from Bhopal. Due to dengue infection, 70 to 80 people are in need of 100 units of platelets daily in the district. In Gwalior, the incidence of dengue is more in people below 18 years of age. 8 out of 9 patients of Gwalior are below 18 years of age. Chief Minister Shivraj Singh Chouhan discussed this with the concerned department and officials on Friday. Along with this, the collectors of the affected districts were also asked. It said that all efforts are being made to control dengue. The CM said that the houses where waterlogging is found, should be fined.