Odisha: Three Maoists killed in exchange of fire with security forces in Malkangiri 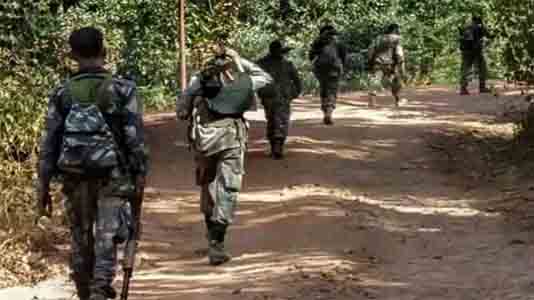 Bhubaneswar, Oct 12 (UNI) In a fierce encounter with the security forces, three Maoists, including two lady red rebels, were killed inside Tulsi forest range under Maithili police station in Odisha's Malkangiri district today.
Odisha DGP Abhaya said on the basis of an intelligence input the special operation group (SOG) jawans of Odisha police trained in anti-Maoist operation and the Malkangiri district voluntary force jointly launched a search operation inside the Tulsi forest range .
During the search operation, the Maoists opened fire at the security forces and in the exchange of fire which continued for some time, three red rebels including, two women Maoists, were killed on the spot, while others fled from the scene

The DGP said two pistols, ammunition, Maoist uniforms and several other incriminating materials were recovered from the site.

Sources said the male Maoist killed in the exchange of fire was identified as Sunadhara, who was holding an important position in the Maoist cadre and involved in several violent incidents under the Mathili police station limits of Malkangiri district.

The DGP said an intensive combing operation has been launched after the incident.