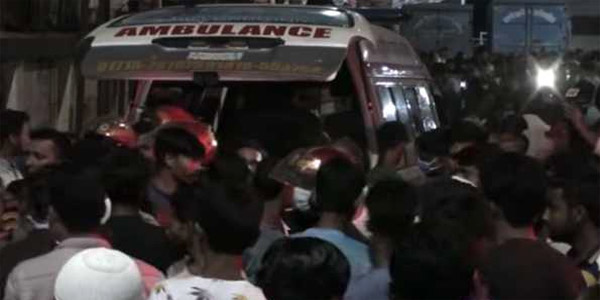 Dhaka, (UNI) One boy died and dozens of others suffered serious burn injuries after air conditioners of a masjid in Narayanganj on the outskirts of Bangladesh capital Dhaka burst Friday night, an official said early Saturday.

Samanta Lal Sen, the coordinator of the Sheikh Hasina National Institute of Burn and Plastic Surgery in Dhaka, told media that a 7-year-old boy died after being admitted with 95 per cent burns.

Apart from the boy, he said at least 37 injured have been rushed to the institute with major burns on their bodies.

Most of the victims are suffering from 60 to 70 per cent burns, he added, and the health condition of them is becoming critical.

Fire officials suspected a gas leak caused the horrendous incident which occurred when the Muslim worshippers were about to leave the masjid after their Isha (night) prayers at around 2100 hrs (local time) Friday night.

All eight air-conditioners on the ground floor burst into flames when there were reportedly around 100 worshippers at the three-storey masjid.