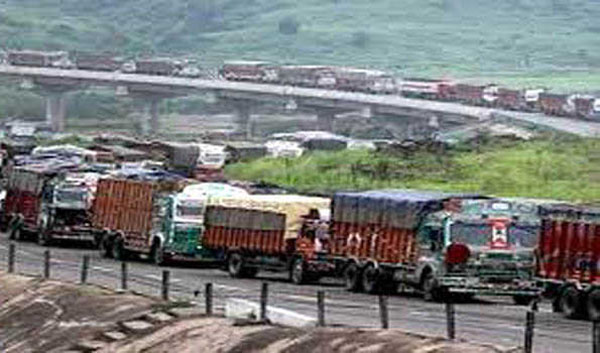 Srinagar, Oct 31 (UNI) One-way traffic was on Saturday resumed on the national highway after remaining suspended on Friday to allow maintenance of the only all weather road connecting Kashmir valley with the rest of the country.Meanwhile, the historic 86-km-long Mughal road and 434-km-long Srinagar-Leh highway are through for traffic, a traffic police official told UNI this morning.
He said after remaining closed on Friday to allow agencies, responsible for the maintenance of the highway to undertake repair work, traffic was resumed this morning. The authorities have already declared Friday a day of maintenance of the highway. No traffic will be allowed on Fridays till November 30 as decided by the authorities, he said.
He said in view of the movement of Darbar Move employees from summer capital, Srinagar, to winter capital, Jammu, only down convoy would be allowed on the highway. No vehicle was allowed from the opposite direction, he said.
The Darbar Move, the seat of the government, including the office of Lt Governor, his advisors and top bureaucrats, was closed in summer capital Srinagar on Friday to reopen in the winter capital, Jammu, on November 9.
A spokesman said travellers are advised to follow Standard Operating Procedure issued by the government to prevent the spread of COVID-19.
He said Mughal road, connecting Shopian in south Kashmir with Rajouri and Poonch in Jammu region was also through for traffic. However, vehicles will be allowed to ply between 1100 hrs to 1600 hrs on the road, which is seen as an alternative to Srinagar-Jammu highway.