One year of Modi Govt 2.0 full of historic achievements : Shah 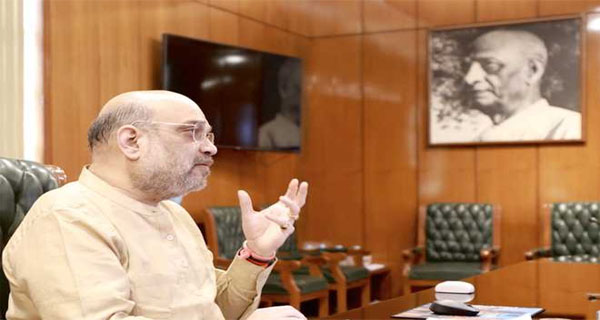 Terming one year of Modi Government 2.0 in the office 'full of historic achievements', Union Home Minister Amit Shah on Saturday said this period was full of historic corrections of the mistakes committed in last six decades and has laid the foundation for a self-reliant India, progressing on development track.

Taking to Twitter, he said the six-year term is an unprecedented example of parallel coordination between the welfare of the poor and economic reforms. He was confident that under Prime Minister Narendra Modi’s visionary and decisive leadership, the country will continue with similar progress ahead.

'A reflection of an honest leadership and tireless hard work, the people of India has abiding faith in PM Modi which is rare in the world and I salute each of them for becoming co-partner of these achievements”, Mr Shah said.

In another message, he also thanked billions of BJP workers who acted as messengers for effectively reaching out to the people with Government achievements in last six years.