Our doors are open for all : Congress leader Surjewala 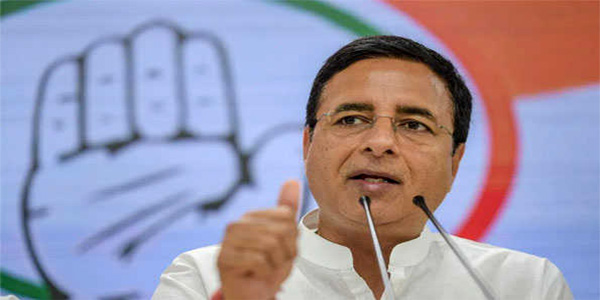 Extending an olive branch to warring faction led by Sachin Pilot on Rajasthan, Congress Spokesperson Randeep Surjewala on Monday said the doors of Congress will always be open for the former and other disgruntled MLAS.

There can be ideological disagreements within the party but that should not give the Bharatiya Janata Party(BJP) a chance to weaken an elected government or to indulge in horse trading, he asserted.

Claiming that the state government has fought the battle against the COVID-19 pandemic and achieved progress in every field, Mr Surjewala assured that there was no danger to the Congress government as it has adequate majority.

On the internal discord within his party, he said its natural for utensils to clamour at times.