Our relief package on lines with other countries : Nirmala 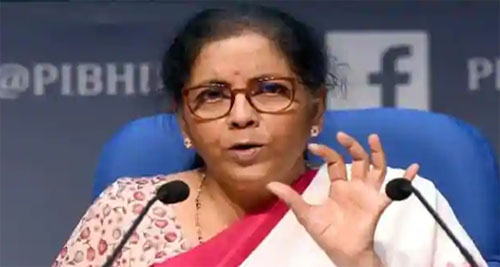 Union Finance Minister Nirmala Sitharaman on Saturday said that the Rs 20 lakh crore comprehensive economic package was announced after comparing announcements of other countries and every country has thought of a basket of measures including fiscal and monetary steps.

She said the government has come up with measures which will lead to more liquidity in the economy. “Before announcing the economic package, we’ve compared every announcement made by different countries before us to see what their package consisted of. Everything has been studied.

Every country has brought in a basket of measures-fiscal, monetary, guarantee, central liquidity and so on,” Sitharaman said in a video discussion with BJP leader Nalin Kohli. She said other countries have also taken steps to boost liquidity through their central banks and guarantees by the government. “To think that all other countries have come up with the only outgo from budget and not as though they’ve underplayed everything else they’ve done.

On the contrary, they have also gone into liquidity being infused both through the central bank and through their own guarantee and other things,” she said. She said India has a great advantage in terms of technology.