Over 3000 registrations to become a satchel doctor 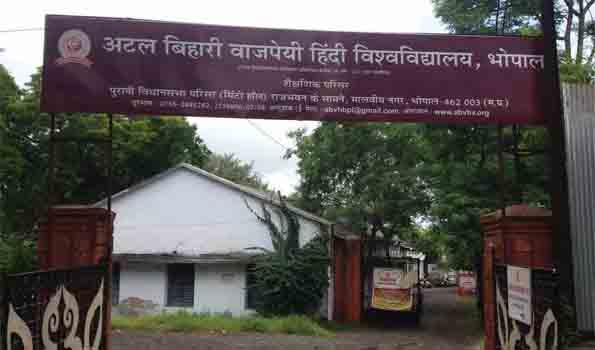 Chronicle Reporter, Bhopal
Atal Bihari Vajpayee Hindi University in the capital Bhopal, one year diploma course for satchel doctors remains a topic of discussion.
The main reason for this is that the Madhya Pradesh government is closing their clinics by making raids on quacks. FIRs are being lodged against them and are being sending to jail for violation of medical practice rules. On the other hand, Hindi University is giving admissions in the 1-year First Aid Specialist Diploma Course by showing the dream of employment and self-employment of Prime Minister Narendra Modi to such quacks.
So far more than three thousand students have got registration from the state. However the National Medical Commission has not approved.
More than 50 centers in state
More than 50 centers have been opened across the state to prepare satchel doctors. The university has released the advertisement for admission. In this diploma, quacks, untrained, ineligible persons working in quacks hospitals can apply to take admission in diploma. Atal Bihari Hindi University is opening a Study and Information Center in the State of First Aid Council of India, First Aid Counseling of India. It has been clearly instructed that the students studying in this can take care of themselves and their families only when needed, but they cannot do treatment by opening personal clinics. If they do so, they may have to go to jail. But even after this, there are continuous admissions.
Diploma holders will not be able to open clinics
No one will become a doctor doing this diploma course, only first aid will be given by them. Right now people are not able to get even first aid due to shortage of doctors in the villages. Those who do diploma will be prepared for this. But there will be no eligibility to open a clinic. This is a central government scheme.
Professor Khem Singh Dehria, Vice Chancellor Hindi University