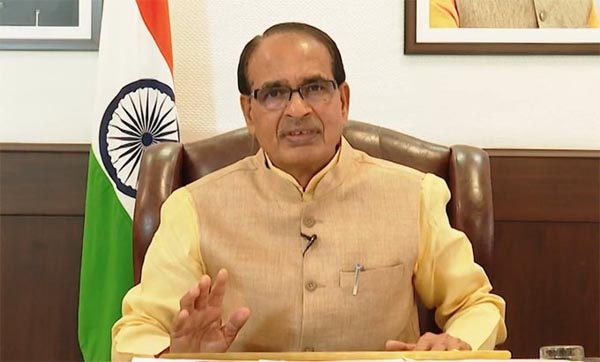 Chronicle Reporter, Bhopal
Chief Minister Shivraj Singh Chouhan has said that on Friday we got 350 metric tonnes of oxygen, whereas consumption has been 335 metric tonnes. The supply of oxygen is fast returning to normal in the state.
By making local arrangements, 1,293 oxygen concentrators have been installed in the districts. Approval by the central government for supply of 445 MT oxygen till April 20, 565 MT till April 25 and 700 MT on April 30 has been obtained.
This amount of oxygen would be sufficient for estimated patients till April end. Chief Minister Chouhan was conducting a meeting with senior officials at his residence. Chouhan also gave necessary guidelines to the officers on phone since morning.

Continuous monitoring of districts
Chief Minister Chouhan said that he is constantly in touch with all the important persons related to arrangements including the Union Ministers for the supply of oxygen, injections and other facilities in the state.
Negotiations are in progress with the district authorities for necessary facilities and arrangements at the district level.
So far 42 thousand Remdesivir injections have been received, 9,788 more will be received today
Chief Minister Chouhan said that so far, the government supply of 42 thousand Remdesivir injections has arrived. Today, 9,788 injections are going to be received on Saturday. An order has been given for supply of 50 thousand injections, which will be delivered soon.

40 thousand 276 beds available
Chief Minister Chouhan said that the number of beds is being increased continuously in the state. A total of 37 thousand 719 beds were available in government and private hospitals on April 14, which has now increased to 40 thousand 276.
As many as 109 Covid Care Centers have been established in 50 districts of the state, in which 6 thousand 153 beds are available. Arrangements for 150 beds are being made at the Academy of Administration in Bhopal, 300 at Hamidia Hospital, 300 at Chirayu Hospital and 500 at AIIMS. In this sequence, a 58-bed Narmada-Apna Hospital has been launched in Chhatarpur yesterday.