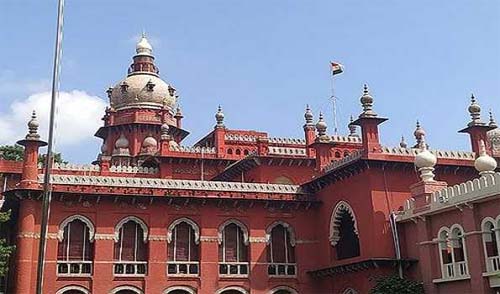 Chennai, Sep 3 (UNI) The Madras High Court today refused to entertain a Public Interest Litigation (PIL) filed against the Tamil Nadu government's recent decision allowing to perform 'Archanas' (pujas) in temples in Tamil instead of Sanskrit.
When the PIL seeking a direction to the State government to withdraw the ‘Annai Tamil Archanai’ scheme, which allows devotees to opt for chanting of hymns by
priests in Tamil, instead of Sanskrit, while performing pujas inside the sanctum sanctorum of temples, came up for hearing, the First Bench comprising Chief Justice Sanjib Banerjee and Justice P.D. Audikesavalu refused to entertain the case since the issue was not res integra (an unsettled question of law) any more.
They said another Division Bench of Justices Elipe Dharma Rao and K. Chandru (both retired) had, in March 2008, dismissed a batch of cases filed in 1998 and held that the Agama Sastra do not prohibit chanting of mantras in Tamil.
Holding that the choice of mantras to be recited either in Sanskrit or Tamil vests with the devotees, that Bench had criticised litigants for making it seem as if God could understand only Sanskrit and not Tamil.
Authoring the verdict, Justice Chandru had said that if the litigants were allowed to have their own way, then the fears expressed by former President Sarvepalli Radhakrishnan might become true.
The Chief Justice pointed out that the 1998 writ petitions were dismissed after holding that the choice of chanting mantras either in Tamil or Sanskrit would rest with the devotees.
The petitioner Narasimhan Rangarajan in his PIL contended that the HR&CE Department’s attempt to introduce a new language by translating verses and hymns from Sanskrit to Tamil was nothing but blasphemy and an act to create confusion and create unrest in otherwise peaceful religious practices.