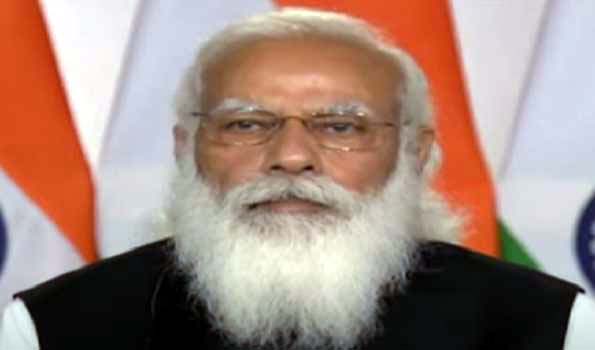 New Delhi, Jun 9 (UNI) Prime Minister has condoled the loss of lives in a road accident in Kanpur and announced a compensation of Rs 2 lakh each from the Prime Minister's National Relief Fund (PMNRF) for the kin of the deceased.

Besides, an amount of Rs 50,000 each would be provided to those injured.

'The road accident in Kanpur is extremely tragic. Many people have lost their lives in this accident. I extend my condolences to their families, and wish the injured a speedy recovery,' Mr Modi tweeted in Hindi.

'Prime Minister @narendramodi has announced an ex-gratia of Rs. 2 lakh each from the PMNRF for the next of kin of those who have lost their lives due to a tragic accident in Kanpur, Uttar Pradesh. Rs. 50,000 would be provided to those injured,' the PMO had tweeted.

At least 16 people were killed and 10 others critically injured in a collision between a private bus and a tempo under the Sachendi area on the outskirt of Kanpur city late last night.