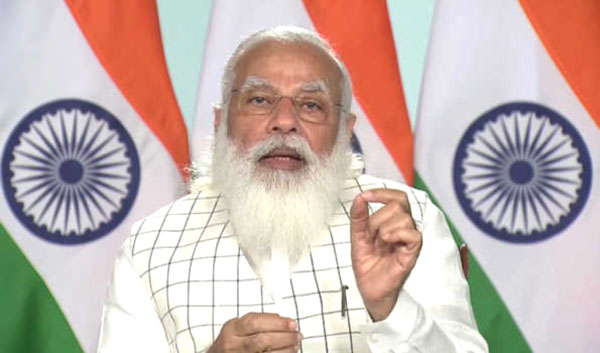 New Delhi, Mar 3 (UNI) Prime Minister Narendra Modi on Wednesday stressed the need to quickly implement all the provisions of the National Education Policy from pre-nursery to PhD level for building a self-reliant India.

The Prime Minister said pointed out that to build a self-reliant India, confidence of the youth of the country is equally important. Confidence comes only when the youth has complete faith in their education and knowledge. Confidence comes only when they realize that their studies are giving them the opportunity to do their work and also the necessary skills. The new National Education Policy, he said, has been made with this thinking.

He said the emphasis placed in this budget on skill development, upgradation and apprenticeship is unprecedented. This budget has further expanded the efforts made to link Education with Employability and Entrepreneurial Capabilities over the years.

As a result of these efforts, he said, India is in the top three countries of the world in terms of scientific publications, number of PhD scholars and start-up ecosystem. He said India has joined the top 50 ranks in Global Innovation Index and is continuously improving. He said new opportunities are growing for the students and young scientists with the constant focus on higher education, research and innovation.

The Prime Minister said for the first time, the focus is on issues ranging from Atal Tinkering Labs in schools to Atal Incubation Centers in higher institutions. A new tradition of Hackathons for start ups has been created in the country, which is becoming a huge force for both the youth and industry of the country.

He further informed that through the National Initiative for Developing and Harnessing Innovation, more than 3500 start ups are being nurtured. Similarly, under the National SuperComputing Mission, three supercomputers: Param Shivay, Param Shakti and Param Bramha have been established in IIT BHU, IIT-Kharagpur and IISER, Pune. He informed that more than a dozen institutes in the country are proposed to get such supercomputers. Three Sophisticated Analytical and Technical Help Institutes (SATHI) are serving from IIT Kharagpur, IIT Delhi and BHU, he said.

He called for a better synergy between Colleges and Universities of the country.