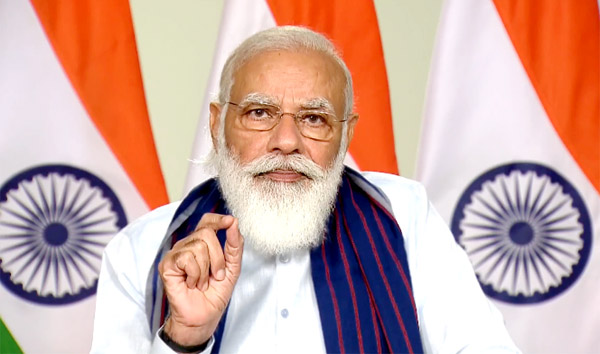 New Delhi, Jan 19 (UNI) Prime Minister Narendra Modi on Tuesday congratulated the Indian Cricket  team for winning the fourth and final test against Australia at Brisbane and clinch the series 2-1.

'We are all overjoyed at the success of the Indian Cricket Team in Australia. Their remarkable energyand passion was visible throughout. So was their stellar intent, remarkable grit and determination. Congratulations to the team! Best wishes for your future endeavours,' the Prime Minister said in a tweet.

Riding on Rishabh Pant's swashbuckling 89 not out, India created history on Tuesday as theybecame the first team to beat Australia in a Test match in Brisbane in 33 years after winning  the series-deciding fourth and final match by 3 wickets at the Gabba.

Australia had not been beaten at the Gabba since falling to Viv Richards' all-conquering West Indies side by nine wickets in November 1988.

Australia had won the first Test in Adelaide while India struck back with victory in Melbourne.

The third Test in Sydney had ended in a draw.

With 2-1 series triumph, India also retained the Border-Gavaskar Trophy. India had won a historic Test series Down Under two years back and now the team is cherishing back-to-back series victory.

Resuming at four for none on the final day, the injury-depleted India overhauled the target of 328 in the fourth innings with 18 balls to spare in a thrilling encounter thanks to brilliant  knocks from Shubman Gill (91), Rishabh Pant (89 not out) and Cheteshwar Pujara (56).