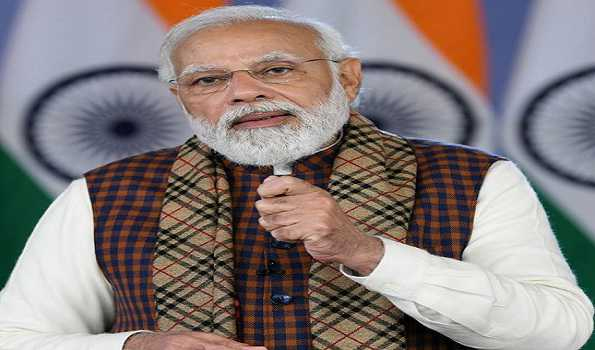 Lachit Diwas is being celebrated to honour the valour of Lachit Barphukan, the unsung hero of the Ahom Kingdom of Assam, who defeated the Mughals and halted the ever expanding ambitions of the Mughals under Aurangzeb.

"Greetings on Lachit Diwas. This Lachit Diwas is special because we mark the 400th birth anniversary of the great Lachit Borphukan. He epitomised unparalleled courage and placed the well-being of people above everything else and was a just as well as visionary leader," the Prime Minister said in a tweet.

Modi will also address the closing ceremony of the year long celebrations of 400th Birth Anniversary of Barphukan on Friday here at Vigyan Bhawan.

It has been the constant endeavour of the Prime Minister to honour the unsung heroes in a befitting manner, the PMO said.

In line with this, the country is celebrating year 2022 as the 400th birth anniversary year of Lachit Barphukan.

The celebrations were inaugurated in February this year by the then President of India Ram Nath Kovind in Guwahati.

Lachit Barphukan (24th November, 1622 — 25th April, 1672) inspired the Assamese soldiers in the Battle of Saraighat fought in 1671, and delivered a crushing and humiliating defeat on the Mughals.

The heroic fight of Lachit Barphukan and his army remains one of the most inspiring military feats of resistance in the history of our country.