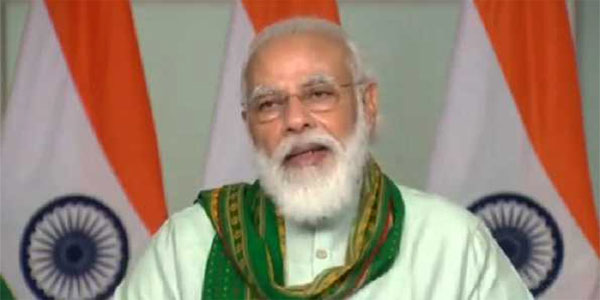 Prime Minister Narendra Modi on Sunday launched a new Central Sector Scheme of financing facility under the Agriculture Infrastructure Fund of Rs one lakh crore to support in building community farming assets and also released the sixth instalment under the PM-KISAN scheme of Rs 17,000 crore to nearly 8.5 crore farmers.

These assets will enable farmers to get a greater value for their produce as they will be able to store and sell at higher prices, reduce wastage, and increase processing and value addition.

Only 30 days after Cabinet formally approved the scheme, the first sanction of over Rs 1000 Crore was made to over 2,280 farmer societies. The event was conducted through video conference and was attended by lakhs of farmers, FPOs, cooperatives, PACS, and citizens joining from across the country.

At the same event, the Prime Minister also released the 6th instalment under the PM-KISAN scheme of Rs 17,000 Crore to nearly 8.5 Crore farmers. The cash benefit was transferred directly to their Aadhaar verified bank accounts with the press of a button.

With this transfer, the scheme has provided over 90,000 crores in the hands of more than 10 Crore farmers since its launch on December 1, 2018.

The Prime Minister interacted virtually with three Primary Agriculture Credit Societies from Karnataka, Gujarat, and Madhya Pradesh who are among the initial beneficiaries of the scheme.