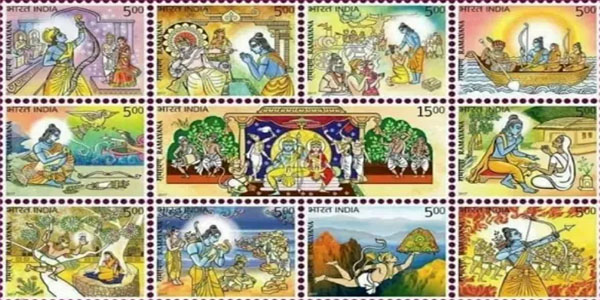 Ayodhya, (UNI) Prime Minister Narendra Modi, who is expected to lay the foundation stone of the grand Ram temple is also likely to release postal stamps on the occasion, sources said here on Thursday.

According to them, one of the stamps is likely to be on a symbolic model of the Ram temple and another on scenes depicting the significance of Lord Ram in other countries.

On the other hand, Ayodhya Research Institute, will print big posters and cut outs of symbols of Ram Lila from different countries to depict the cultural presence of Lord Ran across the world and it would be put up on the entire route to the Ram temple.

Preparations are also on to ensure non-stop recitation of Ram Charitra Manas at 25 locations on the 4.5 kilometre route to be taken by the Prime Minister from Saket Degree College in Ayodhya, where his chopper will land, up to the Ram Temple site.

To prepare the city for August 5, walls and pillars are being painted with pictures of Ram and scenes from the Ramayana and decorated with ''rangoli''.