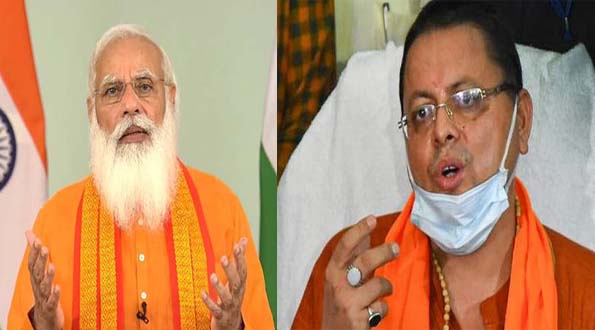 According to sources, the Prime Minister also asked about the rescue and relief operations being conducted in the state and assured the CM of providing all necessary support.

Giving information about the situation to the Prime Minister, the Chief Minister said that there has been damage at some places in the state and the government administration is on full alert.

Earlier, the Chief Minister has postponed his Pithoragarh tour program. He will now go to New Delhi in the afternoon.
Heavy rain lashed parts of Uttarakhand on Monday, triggering landslides which led to many roads being blocked in several districts.

Meanwhile, the government has postponed the Char Dham yatra and asked the pilgrimage not proceed until the weather is clear.
At least five people, including three labourers from Nepal, were killed and two others injured as incessant rains lashed the hill state on Monday.