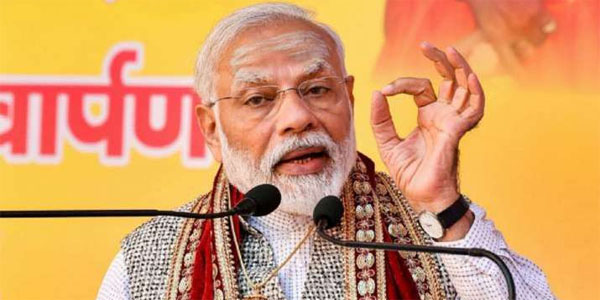 Outlining the significance of Ramayan Vishvamahakosh, Dr. Kandhwe, Chairperson of Vishwa Hindi Saahitya Parishad told UNI that along with the construction of a splendid Ram temple in Ayodhya, Ramayan Vishvamahakosh is being compiled, conserved and preserved based on authentic and scientific heritage to pass the legacy of "Rama culture" to the future generations.

Describing it to be a milestone in conserving "Rama culture", he said in view of its immense importance, the PM would dedicate its cover page at the grand event.

Dr Kandhwe who is an Associate Editor of a Literary magazine, "Gagananchal" published by Indian Council for Cultural Relations (ICCR) of External Affairs Ministry said Ramayan Vishvamahakosh related to the legacy of "Rama culture" would be published in several volumes.

He has been awarded with the prestigious Bharat Gaurav Samman in the British Parliament for expansion and honouring Indian Culture worldwide and several National as well as International awards.

Dr Singh said the Global Encyclopaedia of the Ramayana (Ramayan Vishvamahakosh ) is a dream project conceptualized by the Uttar Pradesh Chief Minister Yogi Adityanath and is now being transformed into reality.

In this encyclopaedia all available authentic documents of cultural heritages with special reference to Lord Rama, including Ramleela, sculpture, painting, folklore, folk songs and others will be conserved.

Dr Singh expressed confidence that Dr Kandhwe, a connoisseur of Indian culture, will give his best in the compilation and conservation of "Rama culture".