Pain of partition will go only when partition is undone: Mohan Bhagwat 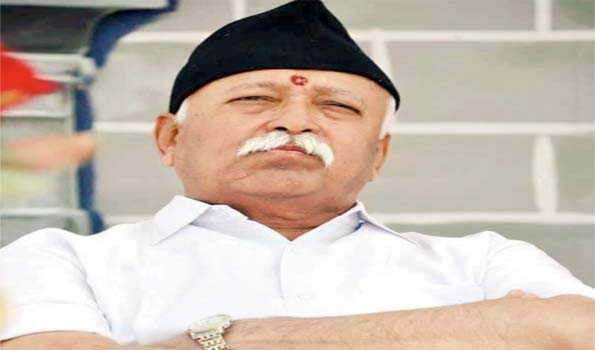 Noida,  (UNI) The pain of partition that India suffered can never be forgotten, and it will go away only when the partition of India is undone, RSS Chief Mohan Bhagwat said here on Thursday.

Speaking during the release of book 'Vibhajankalin Bharat Ke Sakshi' (Witnesses of Partition of India), written by Krishnanand Sagar, the RSS chief said, "The partition of our motherland, our country, is a pain that will never go away. The pain of partition of India will go away only when partition is done away with."

"This is India of 2021, not 1947. Partition has happened once, it will not happen again. Those who think so, will themselves be ruined," Bhagwat added, stating that people should read history and accept the truth as it is.

"A strong Hindu society is needed for an empowered nation that can contribute to the welfare of the world," he said, adding that the ideology of India is to take everyone along, it is not an ideology that considers itself right and others wrong.

"On the contrary, the thinking of the Islamic invader was to consider others wrong and themselves right. This was the main cause of conflict in the past. The thinking of the British was also the same, and they promoted division among Hindus and Muslims after the revolt of 1857," said the RSS chief.