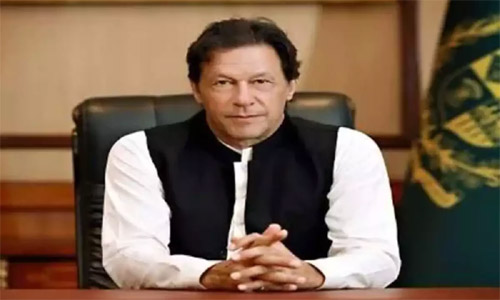 Islamabad, Oct 14 (UNI) In a move towards resolving the impasse over appointment of a new chief for the Inter-Services Intelligence spy agency, Pakistan Prime Minister Imran Khan is set to interview the officers included in the shortlist for the key post.

According to reports published in the Pakistani media, a notification confirming the new appointment of Director General of ISI is expected in a day or two.

The News, quoting a ministerial source, said the notification for the new DG ISI is expected in a day or two as Prime Minister Khan wants to interview the officers included in the shortlist for the key post.

The source said that all the processes in this regard are being followed in line with the understanding reached between the prime minister and the army chief, Chief of Army Staff (COAS) General Qamar Javed Bajwa.

The source hinted that the Karachi corps commander Lt Gen Nadeem Anjum, whose name was last week mentioned as the new ISI chief, is still the most likely choice for the post of DG ISI.

Meanwhile, Pakistan Minister for Information and Broadcasting Fawad Chaudhry on Thursday said it was the convention for the prime minister to meet candidates before appointments were made to key positions such as the ISI chief, and added that efforts to paint the process as controversial were inappropriate.

"The process for appointing the new DG ISI will be completed soon. The game that a specific section wants to play on this has been defeated. Now it is being said that the prime minister will hold interviews for the new DG ISI.

"A meeting before such appointments is conventional. Making this process controversial is highly inappropriate," he said.

Prime Minister Imran Khan received a summary carrying the names of shortlisted candidates for one of the most powerful slots in the country on Wednesday.

A federal minister, who did not want to be named, told Dawn that the premier had received the summary that carried names for the office of DG ISI.

With no formal notification of the appointment being issued by the PM Office for the next couple of days, it led to feverish speculation in the federal capital, compelling the government to break its silence on the issue.

The information minister had said in a press conference on Tuesday that PM Imran Khan and the Chief of Army Staff (COAS) General Bajwa had a "long sitting" on Monday night to discuss the matter after which the premier took the cabinet into confidence on the issue.

"It is the prerogative of the prime minister to appoint the DG ISI," Fawad Chaudhry on Tuesday had asserted.

However, the ruling Pakistan Tehreek-i-Insaf (PTI) party’s chief whip Amir Dogar said in a TV show on Tuesday night that the PM wanted the incumbent DG ISI to continue for some time due to the critical situation in Afghanistan.

The ruling PTI has reprimanded its chief whip in the National Assembly Amir Dogar for disclosing details of the Monday night meeting of the PM with Gen Bajwa followed by Imran Khan’s remarks at the cabinet meeting on Tuesday. He reportedly received a show-cause notice from the party.