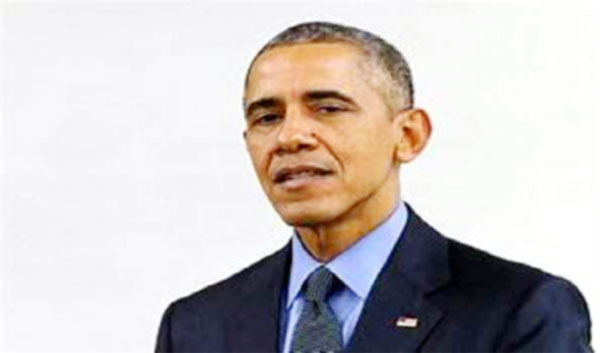 Washington, (UNI) In what could be viewed as a vindication of India and Afghanistan's stance that Pakistan uses terror proxies to achieve its strategic goals, former US President Barack Obama has said they kept the Pakistani establishment in the dark regarding the operation to kill Al Qaeda chief Osama Bin Laden, as it was known that certain sections of the Pakistani military had ties with terrorist groups.

The operation was done without informing Pakistan, as the information could have leaked, leading to its failure, the former US President revealed in his memoir 'Promised Land'.

Obama gave a vivid description of the raid in Abbottabad compound for killing Osama Bin Laden.

He recounted that he had rejected the proposal of involving Pakistan in the raid on Osama's hideout, as it was known that elements in the Pakistani military had close ties with al Qaeda and the Taliban.

The book said that the elements in the Pakistani military and intelligence services, used the terror groups as strategic assets against Afghanistan and India.