Panchayat, urban body elections to be held by June 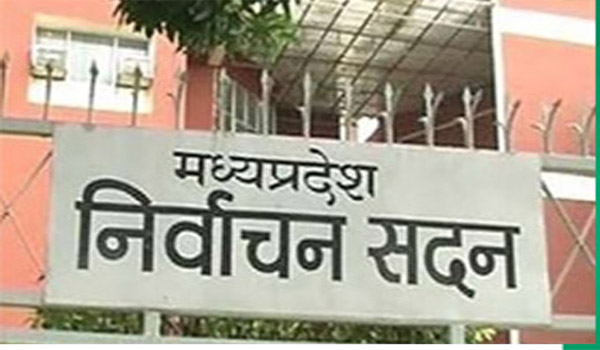 Chronicle Reporter, Bhopal
Panchayat and urban body elections pending for two years will be completed by June without Backward Class (OBC) reservation. Following the directions of the Supreme Court, the State Election Commission took this decision in a meeting convened on Wednesday. The commission will issue the notification for the elections by May 24. In both the elections, only SC-ST category will get reservation. State Election Commissioner Basant Pratap Singh will do video conferencing with the collectors on Thursday regarding the preparations for the elections. The commission has to report the implementation of the order to the Supreme Court within two weeks.

Urban body elections can be conducted first
The State Election Commission can conduct the urban body elections first. Actually, the delimitation and reservation of bodies has been completed. Its indications were given by the State Election Commissioner. After the meeting, he told the media that there is complete preparation for the elections. Will announce election in two weeks. The process of delimitation and reservation has been done in the urban body, so there is no problem in it. Panchayats have been delimited but reservation has not been done. If reservation is found within the time limit, then elections will be held accordingly. The election process will be completed by June 30. Singh said that this is an interim order of the Supreme Court, so the review petition cannot be filed. Government can apply for modification. If a decision is taken on that, then such steps will be taken. Action will be taken as per the order which is there now.
State Election Commissioner Basant Pratap Singh will discuss through video conferencing with all the Collectors and District Election Officers regarding the preparations for the general elections of urban bodies and three-tier panchayats during the day. Instructions have also been given to the Deputy District Election Officer and Election Superintendent to attend this conferencing.
Apart from the Municipal Corporation, Municipal Council and Municipal Councils in the state, elections are to be held for the three-tier Panchayati Institutions, but due to the court process, it was postponed for some time.