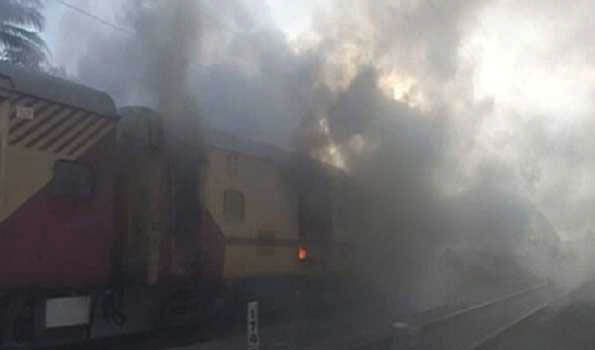 "All passengers of the train are reportedly safe as the fire has not spread to other coaches.

Only the parcel coach of the train is affected due to the fire break out," sources said.

After noticing smoke and fire in the the parcel coach, passengers in other coaches immediately pulled the chain and stopped the train.

Fire tenders were pressed into service immediately to douse the fire.

The cause of the fire was yet to be ascertained.

Forensic experts had been called to ascertain the exact cause of the fire, the sources added.