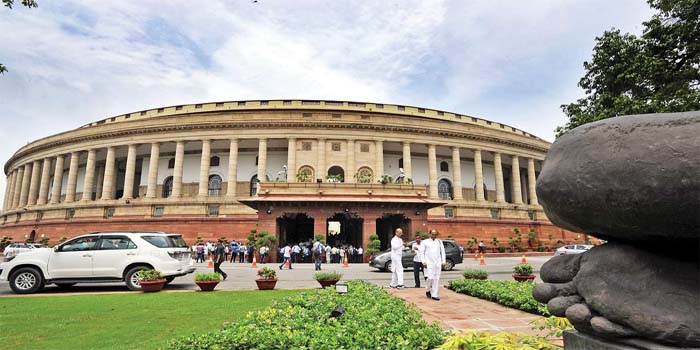 New Delhi, Jul 22 (UNI) The third day of the Monsoon session of Parliament is likely to be stormy again with Opposition leaders set to put the government in the dock over alleged snooping, Covid-19, farmers' stirs and a host of other issues.
Various members have already given notice for suspension of scheduled business in both the houses and take up the above issues for discussion.
Congress MP in Lok Sabha Hibi Eden has given notice for the adjournment of the business of the House and discuss the issue of farmers on urgent basis.
"Inability of the central government to provide a solution to the farmers' crisis by withdrawing hostile clause of the new farm law is ruining the country's reputation globally. The Centre has its eyes on liberalisation of agriculture which would ultimately lead to corporate takeover. The central government should urgently withdraw the anti-farmer clauses in the law and farmers must be heard," Eden said.
Communist Party of India (CPI) MP Binoy Viswam in the Rajya Sabha has also served notice under rule 267 for suspension of proceedings of the House and take up the farmers' issue.
Several other opposition members are also ready to take on the government amid farmers protest and raging controversy over alleged use of Pegasus spyware for phone tapping.
As per the revised agenda for the day, Union electronics and information technology minister Ashwini Vaishnaw is scheduled to make a statement regarding compromise of phone data of some persons as reported in the media.