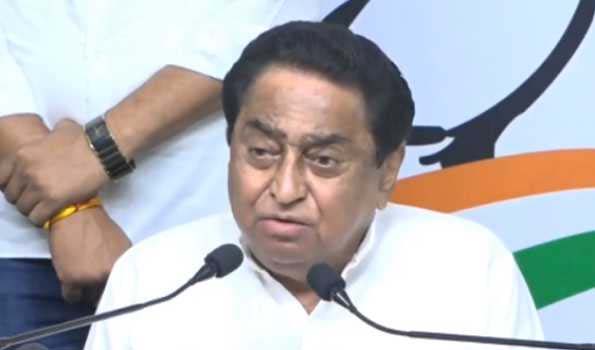 Bhopal, July 21 (UNI) As part of the Congress’ sustained heavy artillery barrage against the Centre vis-à-vis the Pegasus issue, that party’s Madhya Pradesh unit President Kamal Nath emphasised on Wednesday that New Delhi must clarify whether the spyware license was purchased from an Israeli firm for the purpose of national security or for protecting one personage – namely Premier Narendra Modi.

“The software was employed for espionage targeting prominent personalities. If the Centre did not have any deal with the company, let it submit an affidavit. Those occupying positions of responsibility are beating about the bush. Further aspects shall be revealed in the ensuing fortnight. An inquiry by a Supreme Court judge is imperative – in fact, the French government has already commenced one,” the erstwhile central minister said at the Congress office here during an interaction with members of the Fourth Estate.