Playing with experienced players has taught me a lot-Jyoti 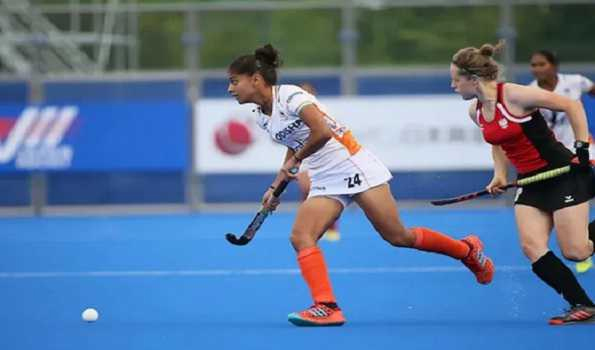 Jyoti had made her senior team debut for the women's side in April 2019 during the Malaysia Tour. During that particular tour, the Indian team won four matches and one match was drawn.

"I am delighted to be a part of this wonderful group of women. I think with the amount of experienced players we have, it has certainly benefited me. I am always looking forward to gaining what I can from these players, both on the field and off it,' said the youngster, who is currently at SAI Centre, Bengaluru.

'It is a brilliant time to be a women's team player in India, because of the kind of exposure we are getting due to Hockey India's support and vision for us, and also because of what we are trying to build here under Chief Coach Sjoerd Marijne," she added.

Having played 12 international matches for the Indian Team since first playing in April 2019, Jyoti is a talented forward who likes to make in runs into the opposition circle, and is often seen on either flank.

The player, who represents the Railways Sports Promotion Board in the National competitions, is keen to learn from stalwarts like Vandana Katariya and Captain Rani.

"I believe it is a fantastic opportunity for me to grow and grow quickly because I've got so many world-class Forwards in my team here. With Vandana, Rani, Navjot, Navneet, I have a strong group of players who believe in my abilities and always help in all aspects of my play.

When I step onto the field, I know that with the kind of players I'm playing with, we will be able to create a lot of chances and also convert them, even against the world ranked top teams," expressed Jyoti, who was also a part of the team that won two matches and lost one match against the hosts during their tour of Republic of Korea in May 2019.

Jyoti also believes that the lockdown period has helped her in feeling more settled in the senior team set-up, and has produced the opportunity for her to work on key areas.

"I am aware that people around the world have suffered a lot because of the pandemic, and my condolences to everyone who has lost a loved one. However, for me, personally I have focused on the good things about the opportunity I have here with the Women's Team,' said young forward.

'I have been able to speak a lot to my Coaches in Sjoerd and also Janneke, who have been able to highlight key areas where I need to improve, and to make sure I can be challenging regularly for a spot in the team. It has definitely been a fruitful phase for me, and I am focusing on working hard throughout this time, and making sure I improve everyday," she concluded.