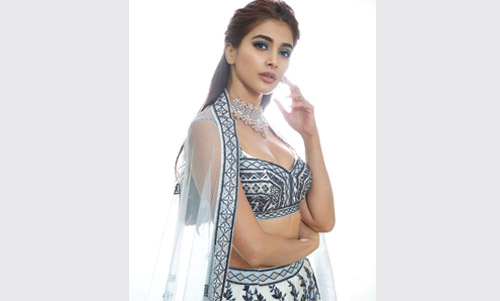 Pooja Hegde has been super busy ever since the year started. Juggling between multiple films, the Indian actress missed the muhurat for Thalapathy 65 as she is currently shooting for Rohit Shetty's Cirkus.
Taking to her social media, Pooja wished the Thalapathy 65 team luck as she missed out on the muhurat due to Cirkus shoot. She wrote, "Missing out on the muharat puja today of #Thalapathy65 since I’m shooting elsewhere. But my heart and spirit is with the team.
Recently announced as the leading lady of Thalapthy 65 opposite Thalapathy Vijay, this film comes as Pooja's 6th announcement.
Cirkus will star Pooja opposite Ranveer Singh for the first time. Pooja has been juggling multiple shoots, hopping from one set to another for quite some time from Cirkus to Radhe Shyam to Acharyaa she has had no break to catch.
The Indian actress has various major films in her lineup including Thalapthy 65, Cirkus, Pan-India film Radhe Shyam with Prabhas, Kabhi Eid Kabhi Diwali with Salman Khan, Most Eligible Bachelor as well as Acharyaa opposite Ram Charan.