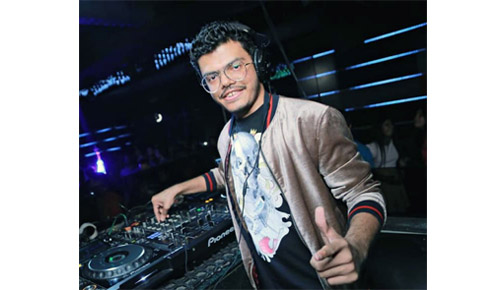 The year 2020 came as havoc in the life of people disturbing every nook and corner of society. It not just impacted people’s health but even had a huge impact on every industry be it manufacturing or entertainment. But, with time everything is coming back to normal, the industry has begun to work and so do clubs that are also opened for people to enjoy. When talking about clubs, DJs are in the limelight of the party because they make everyone groove on their beats. One such Disc Jockey that has carved out a niche and created some of the best party anthems is DJ Hardik. The young music enthusiast has emerged as one of the top-notch DJs of the country, all because of his exceptional music skills.
During the pandemic, like many other DJs faced a lot of issues due to lockdown norms and life coming to standstill. They were forced to sit at home and wait until everything gets back to normal. But, DJ Hardik, during those brainstormed and worked on for the future prospects that would help him in the long run. After the re-opening of the clubs, Dj Hardik started playing in the clubs meanwhile he continued to manage his music which he was always fond of.
Talking about his journey and post covid scenario, DJ Hardik says, “The journey has been an incredible one and I have been fortunate enough to have played my deck in front and along with some of the renowned names in the music industry. Though things were tough for all the DJs across the globe, I constantly worked on my skills and organized a few virtual online parties which got a decent response. Now, with relaxation in Covid norms, things are coming back to normal. I have many things in the pipeline and you will get to know about these in upcoming months.”
With his constant hard work and efforts, DJ Hardik had a massive debut in his official remix album which was launched by Angadpreet Singh under the reputed music album Speed Records. The label, without a doubt, is one of the biggest names in the Punjabi Music Industry with lots of chartbusters and super-hit songs under their banner. Balwinder Singh, who is also the owner of Speed Records is himself mentoring and guiding Hardik in his endeavors which, by any standard, is a big achievement for any emerging music enthusiast.
The talented Disc Jockey has a long list of achievements in his kitty to boast of. He has performed in many big concerts in India and globally with some of the renowned names, He recently worked for remix collaboration with Divine, Amrit Maan, Guru Randhawa, Milind Gabba, B Praak, the Doorbeen, and many more.
For his outstanding remixes and immense contribution to the music industry, the virtuoso has also been awarded the prestigious title of ‘Emerging DJ of the Year.’ For his future projects, he is coming up with new live projects that will is gonna be one-of-its-kind.