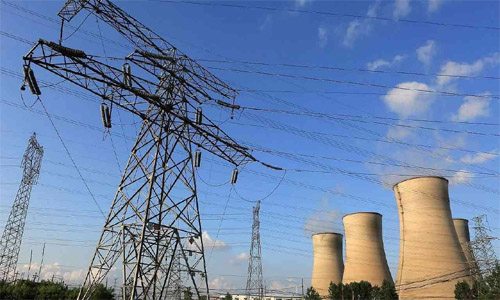 210 MW units of electricity producing out of 1340 electricity
Chronicle Reporter, Bhopal
The power crisis may once again increase in the state. Another 210 MW unit at Sanjay Gandhi Thermal Power Plant Birsinghpur Pali was shut down at 4 pm on Monday.
Earlier, the number two unit of the same plant was closed at 10 pm on Sunday night. This unit also had a generation of 210 MW. Now this 1340 MW plant is producing electricity from just one unit. 440 MW of electricity is being produced from this 500 MW unit. Now 2277 MW power is being generated in the state from 5400 MW capacity plants. At the same time, electricity is being generated from 1576 hydroelectric plants. The total demand of electricity in the state remains 10820 MW. On Monday, the state government overdrew 242 MW of power. According to sources, unit number two of the Sanjay Gandhi plant was closed for repairing work on 30 July 2021. This unit was started on 6th October only after repairing which lasted for 8 days. Four days later, on the night of 10 October, this unit was shut down. The plant management has told that the closure of the unit was due to boiler leakage. Just 16 hours after this, another unit of the same plant with a production of 210 MW was shut down. Two units of 210 MW generation in the plant are already closed. That is, now only one unit of five hundred MW is running. In which 388 MW of electricity is being produced.
Electricity purchased at the rate of eight rupees: The government has overdrawn 242 MW of electricity due to power shortage. This electricity was purchased at the rate of eight rupees. The government had given a schedule of 6 38 7 MW, but drew 6629 MW.
Allocated coal not picked up: Amidst the coal crisis, the state government has started preparing to buy coal afresh. The government has tendered the purchase of eight lakh tonnes of coal. Now the companies will give their proposal and the company which fulfills the criteria will be selected. This preparation of the government is in view of the Rabi crop season. Two days back, Chief Minister Shivraj Singh Chouhan, while reviewing the Energy Department, said that farmers should not face power crisis. On the other hand, the government itself also delayed for picking up coal. The government owes coal companies Rs 925 crore. In this affair, the government has not picked up the coal allocated to the state for a long time.
50 thousand tons of coal reached power plants
In the last one day, 3253 tonnes of coal was consumed at the Amarkantak plant. At the same time 6538 tonnes of coal reached. Thus 25777 tonnes of coal is now in stock here. 78858 tonnes of coal was burnt in Satpura thermal power plant Sarani while 7632 tonnes of coal was transported to the plant through railways. Now 61564 tonnes of coal are in stock here. In Birsinghpur plant, 11711 tonnes of coal was used while 8,501 tonnes of coal was transported to the plant. Now here 74789 tonnes of coal is in stock. 31259 tonnes of coal reached the Sant Singaji plant, while 20642 tonnes of coal was used to generate electricity. All the plants have 238106 tonnes of coal in stock.
Chief Minister is still asleep, eyes open to crack coconut
Former Chief Minister Kamal Nath surrounded the BJP government on the coal crisis and said that on one hand the responsible themselves are accepting the fact that the thermal power plants of the country have coal stock for only four days. On the other hand, they are also all lying that there is no crisis of coal in the country, there is no crisis of electricity. The eyes of our Chief Minister are opened only for announcements in electoral areas, for telling lies and for false land worship, coconut cracking. I request the Chief Minister of the state Shivraj Singh that even if you do not answer my questions, but religious festivals have started in the state, the public is worried about the power crisis and the shortage of coal. The government should wake up from sleep and show the courage to stand firm in front of the central government of its double engine regarding the supply of sufficient coal to the state regarding this crisis.
Power generation
Plant-             Capacity-     Production
Sarni            1330          509
Birsinghpur         340         440
Amarkantak     210         204
Singaji             2520         1124